Under this joint venture WorldGate Minerals and Mining Angola Corporation will have access to mine over 4,000,000 acres of  mining concessions evaluated as high valued rich diamonds mining acres.  In Angola will also be mining over 23,000,000 areas of copper concessions.

Angola is one of the largest producers of both Gem and Industrial Diamonds in the world. This joint venture makes WorldGate Minerals and Mining Angola Corporation a world leader in diamond mining.

AEon currently owns over 3.7 million acres in Angola. we are also investigating the large Lithium deposits in Angola which are being offered to WorldGate Minerals and Mining Angola Corporation through  AEon Mining Corporation of Oklahoma and their Angola subsidiary. We are planning to pursue this offer.

Mr. Butts has also entered into agreements with the formed Minister of Finance for ZAMBIA to develop and own all the very rich Lithium and Cobalt mining in ZAMBIA under a joint venture agreement.  WorldGate Minerals and Mining ZAMBIA Corporation a Delaware C Corporation. We have been approved be the new permanent secretary for Mining for ZAMBIA and are part of the team to develop all mining licenses for ZAMBIA.

WorldGate Minerals and Mining ZAMBIA, ANGOLA and SOUTH AFRICA  CORPORATIONS  will utilize a program developed by Dennis M. Butts Chairman of WorldGate Minerals and Mining Corporation to provide the experience of the employees and equipment in United States Coal mining businesses where the mines are closed or being close due to the decrease on coal mining industry in the United States are other mining where the use of strip mining is used. The equipment will be leased from the current mining operators transported to ZAMBIA , ANGOLA  and SOUTH ARICA as well as the employee will be leased base from the companies, which will keep the U.S. miners and mining companies operating and miner fully employed. This keeps to Capital Expense of buying the equipment and the cost of labor under their current contracts. WorldGate Mineral and Mining then has one expense which is the payment to the companies as a lease payment which is a cost of doing business and therefore a tax write-off.  WORLDGATE MINERALS and MINING has selected LSK MINING LLC to provide all mining lease which covers labor, management, equipment, travel, medical, insurance under one lease.

WorldGate Minerals and Mining ZAMBIA , ANGOLA  and SOUTH AFRICA  CORPORATIONS will present agreements to develop product refining facilities in each country to provide employment to the citizen of those countries. 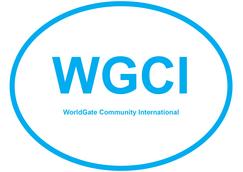