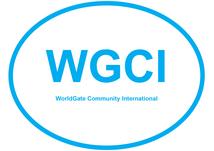 WORLDGATE COMMUNITY INTERNATION CORPORATION is the first major developer in the world to sign an agreement with Combat Arms Systems Corporation to utilize on a exclusive bases the PGB (Programmable Glass Bullet) for all areas of the massive Sponsored Island project in TONGA .  This includes all areas of the LNG, OIL and NATURAL GAS STORAGE and RELAY CENTERS.  PGB will also be the only bullet authorized in the secured data center for use by  CASC FORCE SECURITY  TEAMS under contract by WorldGate Community International Corporation.

PORTS and TRANSPORTATION SECURTY AND PROTECTION

HONOR VALOR COURAG CORPORATION A CO-DEVELOPER  of the PGB with Sandia National Labs and the Department of Energy has assigned COMBAT ARMS SYSTEMS CORPORATION is a Delaware C Corporation and is responsibility for all sale, marketing, and dealership development for the Programmable Glass Bullet .

The PGB will be developed for our markets in 5.56 NATO caliber (M16 Caliber), 50 Caliber BMG NATO,  9 mm and 40 Caliber with special high stressed glass with micro technology insert. The 5.56 brass will be of standard 5.56 brass with a special primer and microprocessor activator imbedded in the bullet. The weapon will be equipped with an added on range adjustment on the rail same as an offset scope, or spotlight. No modification of the weapon will be required. As the bullet is fired and passes though the mussel of the weapon the distance programed is set and activated. If the distance set is exceeded without hitting the target the bullet will disintegrate into small pieces or dust. This dust may contain various elements that are pre-loaded in the bullet in the military classified version. This whole process will take place in a nano-second and the target distance is set in less than a microsecond second by the shooter. This programming, testing and application setting will be developed at Sandia National Laboratories with input for HVCC weapons experts and Combat Arms Systems Corporation (CASC) an Honor Valor Courage Corporation subsidiary.

The Sandia National Laboratories (SNL), managed and operated by the National Technology and Engineering Solutions of Sandia (a wholly owned subsidiary of Honeywell International), is one of three National Nuclear Security Administration research and development laboratories in the United States. Their primary mission is to develop, engineer, and test the non-nuclear components of nuclear weapons and high technology. Headquartered in Central New Mexico near the Sandia Mountains, on Kirtland Air Force Base in Albuquerque,

The technologies being represent next generation security technologies being developed by NTESS and will be commercialized by HVCC to be available to privately owned entities such as nuclear plants that generate electrical power, airports, and airlines. The technologies will also be made available to U.S. Agencies with security missions. HVCC will also develop markets in law enforcement, military applications,  stadiums & Arena, data centers, Hydrogen Fuel Cells, LNG, Oil and GAS industries, LNG & Gas Ports, LNG & Gas Storage Centers worldwide, On-Board Shipping of LNG, Gas, Oil, Aviation Fuel and Diesel Fuel, Thoroughbred Stables and Owners. CASC will selected gun dealers worldwide through specialized licensing program by CASC. All training programs will be at the VETERANS NATIONAL CENTER & TECHNOLOGY EDUCATIONAL INSTITUTE CAMPUS and required for all retails or wholesale dealers and gun owners.

HONOR VALOR COURAGE CORPORATION will work through COMBAT ARMS SYSTEMS CORPORATION to provide all sales and marketing of the PGB and well as all programs to all government agencies, DOD, Military, FEMA, Government Contractors and Secured Certified Data Centers. CASC will also be responsible for all retail outlet sales including Commercial Dealers, AFFEX and other on base post exchange services for the PGB.

LNG CONSORTIUM PROJECT, LLC.  a subsidiary of Honor Valor Courage Corporation works in all areas of the LNG, Natural Gas, Hydrogen, Oil, Aviation Fuel and Diesel Fuel export business including security of the transportation of products by rail, truck, and ship. The PGB is an especially important advancement to this industry and the protection for bad actors. The ability to secure LNG, Gas and Hydrogen shipments is critical to the advancement of the industry. NG and Hydrogen are becoming a major component in the world’s economy but the need for protection around these critical storages and import and export center will only grow.

Hydrogen must be stored at extreme low temperatures and is invisible when burning and there for a bullet that could penetrate a pipe or transfer valve can be catastrophic. Hydrogen or NG Gas will not explode if a bullet hit the tank but will burn white hot so anything in the area will burn or explode. The conversion of LNG for a gas to a liquid for shipping and reconverting back to gas is a dangerous process and a bullet hitting in that process is a major problem.

We cannot over state how important the PGB will be to this industry.

This is especially true for natural gas, with the U.S. leading the world in production. U.S. liquefied natural gas (LNG) exports have also surged in recent years, as indicated in the visualization above. The U.S. is now a net exporter of both natural gas and LNG, sending shipments to dozens of countries around the world.

But how do LNG exports work? It all starts at export facilities, where natural gas is cooled to minus 260° Fahrenheit, the temperature required to change it to a liquid state. This makes natural gas 600 times smaller in volume, so it can be easily shipped. Next, the LNG is transported overseas in specialized LNG carrier ships that have super-cooled cryogenic tanks to keep the LNG stable. After the LNG ships arrive at import terminals, the LNG is warmed and returned to a gaseous state and injected into natural gas pipelines, where it can then be distributed to power plants to generate electricity or directly to homes and businesses for space heating. LNG can also be used to fuel natural gas-powered vehicles and ships.

What makes up this transportation network?

Transporting natural gas from production areas to consumers involves a series of steps that are generally carried out in the following order:

This make LNG and Natural Gas and now hydrogen which will be transported in the same manner one of the most hazardous material ever sent through pipes or over the roadways.

This is a critical issue with protection the locations from Bad Actors in that our own enforcement may initiate this unwanted result. With the PGB this is eliminated, and any missed round will turn to dust based on the setting by our shooter.

The number of drilled but uncompleted wells in seven key oil and natural gas production regions in the United States has increased over the last two years, reaching a high of 8,504 wells in February 2019, according to well counts in EIA’s Drilling Productivity Report (DPR).